Your child’s intellect is undoubtedly one of the characteristics of his development that concerns you most.

This aspect of his personality may reassure or worry you when you think about your child’s future success. How many times have you secretly wondered if your child was smart, or even looked for signs to confirm this?

If someone were asked you to describe intelligence, you would  probably give an answer that includes the results of an IQ (intelligence quotient) test, as this is the common standard used to determine a child’s intelligence. And if, thank heavens, he has an excellent memory, a rich vocabulary and math comes naturally to your child, you may believe that you have nothing to worry about in terms of his academic progress.

It all started when he first noticed that certain children with high IQs failed in their studies, or that certain reputable intellectuals were capable of reading instructions to assemble a piece of furniture but were unable to physically carry out the task, while an illiterate was capable of doing so with ease. It was then that the concept of intelligence was challenged!
Howard Garner also noted that some talents whether manual, artistic or relational were not considered in the assessment of intelligence. He concluded that there must be several forms of intelligence and his theory presented eight major types of intelligence.

The idea gained ground and the field of education now universally acknowledges that Howard Gardner’s theory of multiple intelligences is sufficiently developed to be used as a reference to determine the type of stimulation a child needs to develop his full potential.

Here's an overview of the Howard Gardner’s eight forms of intelligence, followed by a quiz and its compilation chart to analyze your results and discover which of type or types (in the event of a tie) of intelligence your child is strongest in.
Bear in mind everyone possesses all the types of intelligence, that a person’s profile can evolve or change over time, and that the purpose of this theory is not to label, but to help your child know his strengths.
What are the multiple intelligences?

*The masculine form is used throughout this article to simplify reading.

Characteristics: An aptitude for problem solving and mathematics.

These people always ask why and how; they enjoy thinking about abstract ideas; they want to know “what happens next” and like to think in sequences or patterns.

Hubert Reeves is a good example of someone with strong logical-mathematical intelligence.

These people enjoy drawing, painting and visual arts. They are good at interpreting images, graphs and charts; they are skilled at assembling puzzles and like to organize space, objects and surfaces. They prefer to see what you are talking about in order to understand it.

Activities likely to favour its development: Sports or art, creating organizational charts, editing videos and movies, mapping and charting, going to the theater, driving, and painting.

Leonardo de Vinci is a good example of someone with strong visual-spatial intelligence.

People who have strong interpersonal intelligence like to talk and influence others; they are usually group leaders or the ones who organize. They have good communication skills and are apt when it comes to resolving conflicts. They are also good listeners, negotiators and know how to be persuasive.

René Lévesque is a good example of someone with strong interpersonal intelligence.

Characteristics: A love for sports and physical movement, a tendency to be constantly active and involved to be happy.

People who have strong bodily-kinesthetic intelligence need to get up, stretch, touch and hold things in their hands.

Margie Gillis is a good example of someone with strong bodily-kinesthetic intelligence.

Characteristics: A love for words, languages and writing.

These people speak constantly, have a good memory when it comes to dates and names, love telling and listening to stories, love vocal diversity and remember funny stories.

Gilles Vigneault is a good example of a person with strong verbal-linguistic intelligence.

Characteristics: A desire for solitude.

These people like to think and have a good understanding of their strengths and weaknesses; they are skilled when it comes to setting personal goals and are comfortable being alone.

Gandhi is a good example of someone with strong intrapersonal intelligence.

Characteristics: A love for making music, sounds or rhythms.

These people like to hum, think in rhythms and sometimes sing.

Paul McCartney is a good example of someone with musical-rhythmic intelligence.

Charles Darwin is a good example of someone with naturalist intelligence. 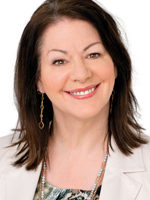 My Child Has Dysphasia… What Does That Mean?

The Importance of Free Play