For teens, lies and partial truths take on a whole new meaning. Until the age of 8 or 9 years, children don’t always properly make the distinction between reality and imaginary. In general, they are unable to understand fully the impact of their lies because they are cannot see or experience the lie from their conversation partner’s point of view (they can’t put themselves in someone else’s shoes). For young children, lying often seems like a game. They test to see if you can discover the truth; the child will fabricate stories or simply lie to try to avoid a task or suffer a consequence.

Teens, however, even if still very self-centred, have the capacity to anticipate another’s deception and to understand the values linked to honesty. So why do they lie?

To avoid getting into trouble!

A lie is often a defense mechanism brought on when one feels attacked. Teens will lie to avoid being punished, disappointing, being lectured or losing the adult's trust. Sometimes, a teen will try to transfer blame for his mistakes to another person to feel less guilty and to shrink away from accepting responsibility for his actions, and the consequences. We’ve all heard “It wasn’t my fault; it was his idea” or “Everyone else is doing it!” and of course “It’s not mine, I swear!”

Not to get nagged

Teens will sometimes lie if you ask too many questions, if you suffocate them, or if you worry a lot (from their standpoint). It’s the idea of “What my parents don’t know can’t hurt them.” Teens will therefore lie to escape your overshadowing clutches.

Yes, teens will lie for fun, to make you angry or try to get under your skin. They’ll want to see if they can deceive or trick you.

In some cases, teens will lie to challenge adults and get a reaction because they know we hate it. Such lies will be extreme and obvious in order to provoke a confrontation.

Because lies are more interesting than the truth

A teen will sometimes lie to embellish the truth, to see whether people will believe the lie because it’s amusing to see you “fall for it.”

Because of low-self esteem

Embellishing the truth can also occur if the teen has low self-esteem and feels exaggerating will make him more interesting or the centre of attention. Low self-esteem can also lead to lies to avoid having to face mistakes. Some teens will even pretend to be sick or invent melodramatic scenarios to attract sympathy.

SO HOW DO I HANDLE THIS?

Emphasize your values rather than the lie

If the lie is told to avoid feeling guilty for a mistake, don’t put emphasis on the lie and don’t try to prove you’re right. Clearly tell your teenager what you believe and what you think of his actions. Here are some possible responses for different s situations that target your values: “You say these cigarettes aren’t yours, but I don’t believe you. I think you’re afraid of how I will react. You know I don’t want you smoking!” or “I don’t care who started it! I want you to remember that violence never solves anything,” or even “You’re old enough to know right from wrong! If you know that what your friends are doing is wrong, you shouldn’t act like them!

A fault confessed is half redressed

Explain to your teenager that you understand telling the truth can be hard, and that you admire people with the courage to do so: “I think you’re scared to disappoint me. But if you tell me the truth, you can be proud of yourself.” Highlight his courage if your teen tells the truth, and show some leniency regarding the punishment to show your appreciation.

Tell your teenager the reason you think he lied

Don’t wait to have proof to act. If you are certain that your teenager lied or died something reprehensible, punish your child accordingly at the risk of being accused of being unfair! However, try to favour the rectification of wrong rather than punishment with little impact and no lesson (e.g.: apologize, pay for something broken or damaged, assistance to the injured person, etc.).

Don’t, for example, leave money on the table to see if your teenager will steel it, or ask how was school when the principal called you earlier to let you know he got in a fight. Don’t create a situation in which lying will become tempting (even if he is at fault) by asking: “Did you do it?” Your child will instinctively answer “No”.

Think about your reaction when your teen makes a mistake

If you react too strongly, if the punishment doesn’t fit the crime, or if your attitude is accusing, sarcastic or abusive when your child makes a mistake (e.g. gets in a fight at school), it may become tempting for your child to lie to avoid excessive reprimands. Never call your teen a liar even if he lied (or any other name for that matter: thief, selfish, etc.)

And you, ever lied to your teen? Remember to practice what you preach! 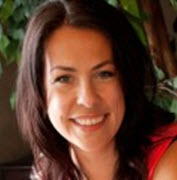