10 Tips to Make Your Children Obey Your Rules

There’s no easy way to make your children obey! What’s the right thing to say? How to say it? Here are 10 simple tips to help you deal with the hard task of raising children.

1. Avoid raising your voice from a distance when dealing with your child.

Get closer, get down to his level and make eye contact to let him know what is expected of him.

2. Set your expectations in a clear and positive manner.

For example, instead of “Please don’t throw your boots in the entrance,” you can choose to say: “I’d like you to please put your boots by the door.” The tone is less aggressive, don’t you think? By doing so, you’re teaching the child, over time, to express himself and see things from a positive and creative perspective.

3. Take on a more assertive tone to make requests relating to non-negotiable principles of everyday life.

4. Use humour to play down the importance of a critical situation.

That way, the child develops his sense of humour and learns to cope with constraints in a positive way.

Be straightforward about the reasons why you said “no” and the things that are expected of him; your child will be more likely to obey your rule if he understands its purpose. You could say, for example: “No! Don’t play on the stairs; you could stumble and hurt yourself! You can either play in the living room or the playroom. What do you decide?”

They actually have no idea (especially at an early age) as they tend to react impulsively. Our role is to make children aware of what is acceptable and unacceptable behaviour.

8. Don’t get too emotionally involved ― despite your maternal sensitivity ― when you child says:

Guidance should be provided with consistency and coherence to make the child feel safe. You can set limits to help the little one deal with parental constraint and introduce him to acceptable rules and behaviours in society. After all, children are the adults of tomorrow.

10. Give your child a “controlled” choice.

Doing so will give the child empowerment and a sense that not everything is imposed upon him. For example, your child is offered a choice: “Water or milk?” “Juice,” he replies. Remind him that he needs to make a choice between water and milk.

The very first thing we recommend is for you to question your expectations and to determine what the rules are going to be at home. Once these questions are explored, take the time to instruct the child on what is expected of him. Finally, don’t be too harsh on yourself; you are entitled to make mistakes! The important thing is to try our best to be aware and not repeat those errors. By doing so, you are teaching your child a lesson: everybody makes mistakes, even parents! 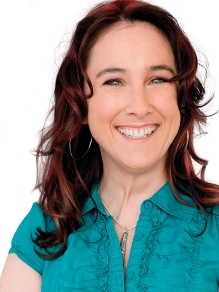